Margaret Heffernan coaches CEOs on how to make work more meaningful and fun. On a recent TED Radio Hour, The Meaning of Work, she discussed the productivity of groups by describing an experiment conducted by evolutionary biologist William Mure that involved chickens.

Mure set out to determine how productive a group could be if filled with only the most productive chickens, called “superchickens” in the experiment. Mure began with one flock of average, generally productive chickens. After some time, Mure took the superchickens out of the average flock and started a “superflock.” Mure easily identified the superchickens—he simply counted the number of eggs laid by each individual chicken. For each generation, Mure selected the most productive chickens from the average flock and moved them into the superflock. After six generations, Mure compared the productivity of the two flocks by counting the total number of eggs laid. The results were astounding.

The average, generally productive flock was plump, fully feathered, healthy, and more productive than ever. The superflock, however, had only three surviving chickens—the rest had pecked each other to death. 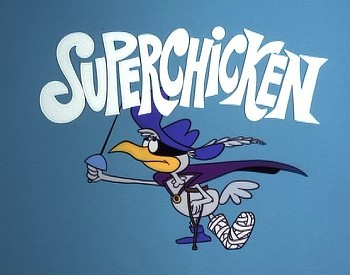 Most importantly, productivity is suppressed because the success of a superchicken depends on the failure of others. Instead of increasing overall productivity through collective effort and collaboration, superchickens seek to increase individual productivity at the expense of the group. The superchickens in Mure’s experiment achieved high productivity rates by literally killing the competition. Superstars in the corporate world achieve individual success through aggressive and coercive tactics, leading to increased dysfunction and waste in the workplace.

With these implications in mind, why does the superchicken model dominate companies? Heffernan reports that it starts early—superchicken parents fight to get their chicks into the gifted and talented group in kindergarten, then the best private schools, and finally Ivy League colleges. By the time a chick enters the corporate world, he or she is a full-blown superchicken groomed to compete in a high-intensity job with a kill-or-be-killed mentality. Performance management systems focused on identifying superchickens (i.e., high potential talent) and evaluation systems with forced rankings only exacerbate the problem. These systems also reinforce the mantra of the superchicken model: others must fail for me to thrive.

Heffernan believes there is another way to manage and motivate people: through social capital that involves building trust within groups of people. Trust takes time, but trust also compounds over time. Teams that work together over time garner more and more social capital, which translates into a new way of working—with increased candor and openness. Social capital turns good ideas into great ones because teams push and challenge each other through honest discussion and collaboration.

This new management philosophy doesn’t just sound nice—there is real ROI potential. According to Heffernan, a company that decided to synchronize coffee breaks so that coworkers had time to talk saw profits increase $15 million and employee satisfaction grow 10 percent.

It seems simple that productivity will increase when people love going to work and the people they work with. It also makes sense that people will work harder when they feel emotionally connected to their work. If you want your workforce to bring its best and do its best, Heffernan says you must speak to something deeper inside people than revenue targets or measurement goals. Create purpose and meaning for employees. My challenge to every organization is to stop creating superchickens and focus on creating a flock in which everyone flourishes.

Tell us about your organization by taking our poll.

What's hurting productivity the most in your organization?

To learn more, access the slides from APQC's webinar on this topic.

Stay up-to-date with our upcoming research, webinars, and more by visiting the HCM expertise page.