While no organization likes to admit that a certain percentage of their customer receivables may at some time become overdue, and some even become uncollectible, the reality is that it happens to most organizations. In fact, according to APQC’s Open Standards Benchmarking (OSB) Database on Accounts Receivable and Collections, the percentage of active customers that are delinquent at any time during the year ranges from 12 percent (top performers) to 20 percent (bottom performers). Fortunately, the percentage of receivables that actually have to be written off as uncollectible is much lower, ranging from about 0.6% (top performers) to 1% (bottom performers). 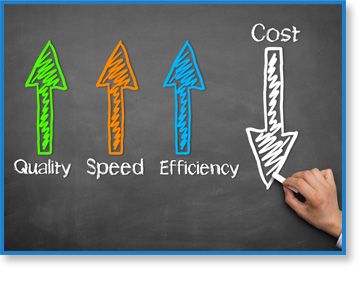 The OSB survey sheds some light on how organizations work both through internal processes and with customers to convert past due accounts back in to cash. Following are the techniques cited in the OSB:

The techniques above are tried and true foundational mechanisms to help organizations collect on past due accounts. Organizations that do the collections process well are informed, organized, and continue to focus on the value of the customer and the customer experience.

As principal research lead, Rachele Collins , Ph.D., is responsible for APQC's best practices research in financial management, including the development of the research agenda, working with partners and alliances, serving our members, presenting thought leadership, and developing new relationships and connections.